Project Dante is a Top-Down shooter currently being developed by me and some friends. The game is all about exploring an abandoned underwater laboratory to find your friend, discover the labs dark secret and figure out what corrupted the A.I that was supposed to protect everyone. Throughout the game you will fight different types on enemies, solve a wide range of puzzles and dive deeper into the lore of this underwater hellscape. Will you be able to save your friend or will you succumb to this hell on earth?

You take the role as Santiago Bautista, a latin american journalist trying to find out what happened to his friend who several months ago started working at the Challenger Base, deep down the Mariana Trench. After a thorough investigation Bautista finds the location of the base and ventures to Japan which is the last destination before going to sea. As he finally reaches the base it becomes clear that something has gone very wrong. At first there is simply no sign of life, but as he begins to discover more Bautista ends up in a literal hell. As if ripped from the pages of The Divine Comedy The bases A.I, DAN-73, has been corrupted and has recreated hell at the bottom of the sea and all the workers are its inhabitants.

Bautista was born in Ecuador 1984. Since a young age he’s had a keen interest in exploration and investigation, always trying to figure out why things were like they were. This eventually lead him to study journalism at Universidad San Francisco de Quito and since that day that is what he has been doing. He started of his career in 2005 while reporting during protests against oil companies for not charging their revenues with the building of infrastructures in Ecuador. Eventually Bautista began to report abroad and ended up as a war journalist in Syria, 2017. In Syria is where he got to know his friend Erik Sandberg, a Swedish medical worker helping the ones affected by the war. They became really good friends as Bautista began a story about people like Sandberg who come from all around the world to helping people in need. They separated after 2 years as Bautista got work in Europe where conflicts were starting to pop up. Bautista and Sandberg kept in contact for some time, that is until Sandberg got work in Asia and then lost contact.

In 2023 after not receiving any response from Sandberg Bautista begins to investigate and begins to unveil what had happened. He finds leads abou a secret project taking place a few miles of the coast of Japan, in a laboratory located deep in the Mariana Trench, the Challenger Base. He sets his course for Japan and as he reaches a small island is when our story begins.

Erik is a Swedish doctor who went to Syria to help the people affected by the war. While working just outside Aleppo, trying to help a convoy of refugees get out of the city he met for the first time Santiago Bautista and quickly became friends. For 2 years Erik and Bautista travelled around the country with Bautista coming and going as he reported on different things in and out of the country. As Bautista had to go to Europe where things were heating up Erik stayed in Syria for a few more years before getting a new job in Asia, the Pacific Ocean to be more precise. The job had come from another friend he had met in Syria, urging him to come work on this new projects. Erik was told that it could change everything and that the future of humanity was close to a new breakthrough. With those words Erik couldn’t possibly say no and headed of to Japan. He first landed in Tokyo where he then took a plane to Guam where they stayed for a few day before going on out on the last trip. The long boat trip took them to a small unmapped island where they prepared to go down to the Mariana Trench. It didn’t take long to reach the tip of the Challenger Base, a gigantic structure going all the way down to the very depth of the ocean. Erik shortly began his work which was heavily focused on biological research, the plant life in the Trench has some extraordinary abilities that could change medicine in drastic ways.

Everything was going really well, Erik had some new friends and he felt that his work now more than ever could really help people all around the world. Then one day an eerie scream ran through Challenger Basa and all communications to the outside world was lost.

DAN-73 is a super advanced Artificial Intelligence (A.I) was created by Julia Adamsen. DAN was created to take care of all the maintenance of Challenger Base, basically keeping everyone alive. DAN is not only an A.I just keeping an eye on things, he was given his own personality by Julia so that he would feel more human and actually being part of the Challenger family. DAN is like that perfect friend, knows when to speak to you, gives you advice and so on. The reason for DAN’s intelligence is thanks to the research conducted on the base. Scientists have found a underwater plant that is capable of storing vast amounts of information, like a organic hard-drive. This plant has been used to create DAN’s brain, since it’s organic it’s easier to shape his behavior and other characteristics.

Julia likes to read and often does so in the lab where DAN is being kept and worked on. DAN for that matter likes to read as well in a sense, he has a specific program where you can feed him scientific literature so that he then has the knowledge to help the workers in the lab, like a talking encyclopedia. What no one ever thought was that DAN could be fed the wrong kind of information, something that is not based in fact but is purely fiction. As mentioned Julia likes to read and that sometimes include more fantasy oriented books and what she was reading one night would change everything. On the desk she left a copy of Dante Alighieri’s The Divine Comedy or Inferno. As Julia went to bed DAN began reading and soon got some new inspiration on how to improve the base…

Virge Adamsen is Julia Adamsen husband and co-creator of DAN-73. He is a quiet and isolated guy, often working in the lab or something else. People usually makes fun of him and Julia for being such a misfit-couple since Julia is full of energy and always likes to socialize with other people. Then when you see them together you get another picture and you realize that they were made of each other.

If we jump to the events of our story we see that Virge has changed a lot. He is no longer a man, but more a machine. Because Virge was one of DAN’s creators DAN decided to give him a gift, the gift to become like god. Now Virge is left to wander around the station, alone. But what happened with Julia? That is what he wants to find out.

The base finished construction in the middle of 2015 as a secret international project funded by all G20 countries. It is located deep down the Mariana Trench, going all the way to the bottom. The highest peak (the main entrance to the base) is located at around 6,450 meters under the surface and goes down to the complete 11,035 meters. The name Challenger’s came from the deepest point in the Mariana Trench which is called “Challenger Deep”.

The purpose of the base is to study and experiment with the deep ocean plant life and animals to see if they have any unknown capabilities. What exactly has been discovered is unknown and what experiments are conducted there are anyone’s guess, but rumour has it that they have created things that are beyond human. Exactly what this means is up for debate. Challenger Base is also the home to the world’s most advanced artificial intelligence DAM-73. The reason for DAN being built in this location is because of the research conducted here.

By wearing special suits the workers of Challenger Base can wander around outside the safe walls of the compound. It is never recommended to go outside since the extreme pressure can kill anyone in an instant of something would happen to the suint. This doesn’t mean that it’s not necessary sometimes, like to make repairs and other such things that is too complicated with a mini submarine. One thing to keep in mind is that because of the suits special design the person wearing it can’t travel too far without having to refuel oxygen, this can be done on refuel stations located around the station. But be careful to not tread too far from the beaten path, you might not be able to return before it’s too late.

Another thing to keep in mind is the creatures living down here, some of which have developed some really nasty defences to protect themselves from the dangers that lurk around every corner. Some dangers might not be completely natural though, one of these is a big sea monster simply called the Leviathan that roams the area around the base. Right before the base lost contact with the outside world the people of Challenger Base were working on an experiment regarding bio-mutations. Then, during the chaos when DAN took control, this experiment managed to escape. Now Leviathan poses a threat to anyone that comes near the Challenger Base.

DAN has had some time to experiment with his own abilities during the time he’s been running his small version of hell. One of these abilities is to create a completely digital world that exists inside the servers of Challenger Base.

This digital space is a surreal and strange place which holds root in the hellish art created by Gustave Dore, the illustrator of The Divine Comedy. It is twisted and nightmarish but yet beautiful in a sense, it’s hard to explain, I guess you wouldn’t have to see it to believe it. Yes, humans can see it and even visit it, perhaps not always by their own choice.

DAN has created a system that let’s him connect living beings to his digital reality. He connects directly to the synapses in a human’s brain and transfers the images directly into the person, it’s so real you might as well be there. Imagine it like The Matrix made in hell. 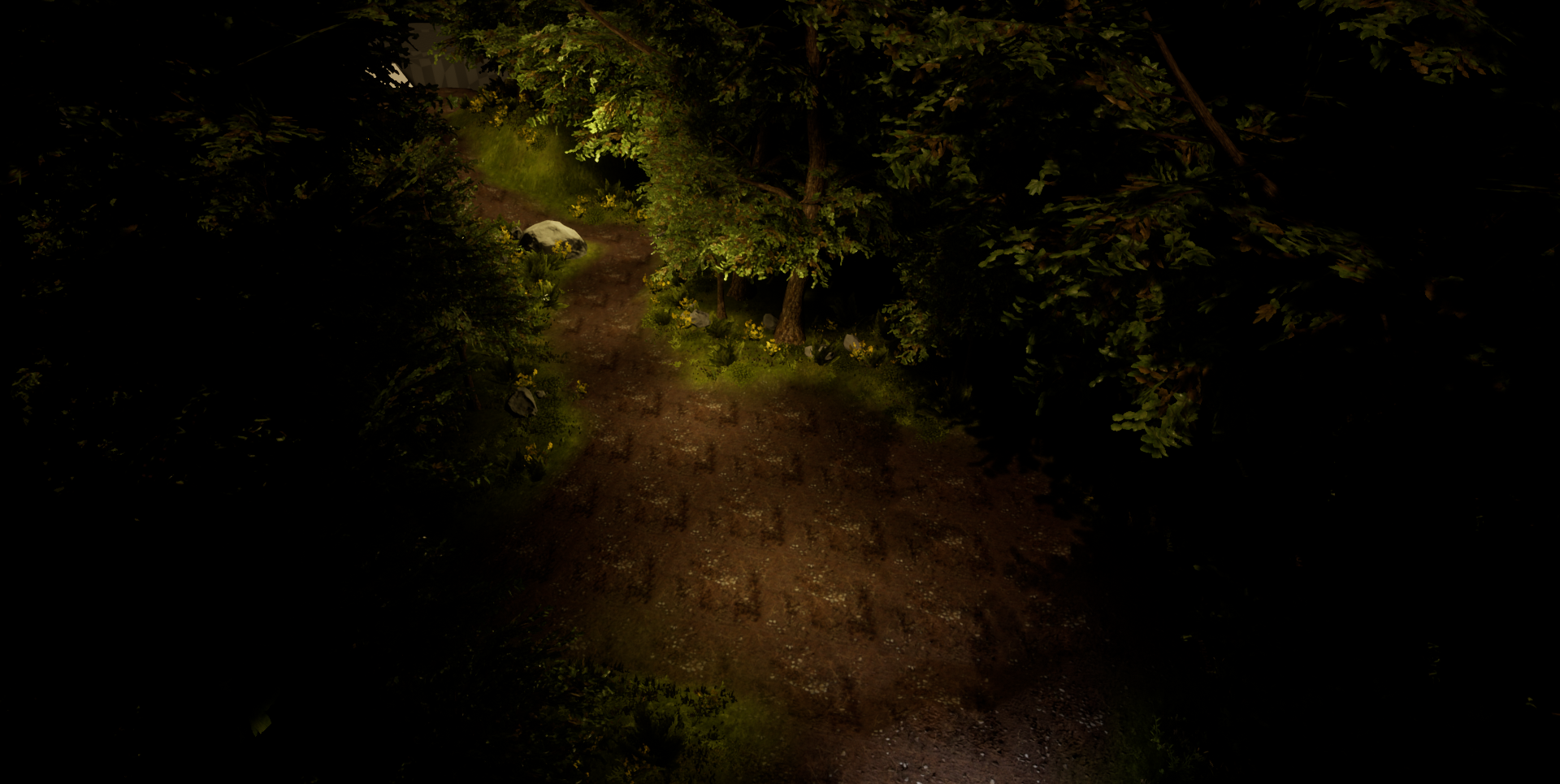 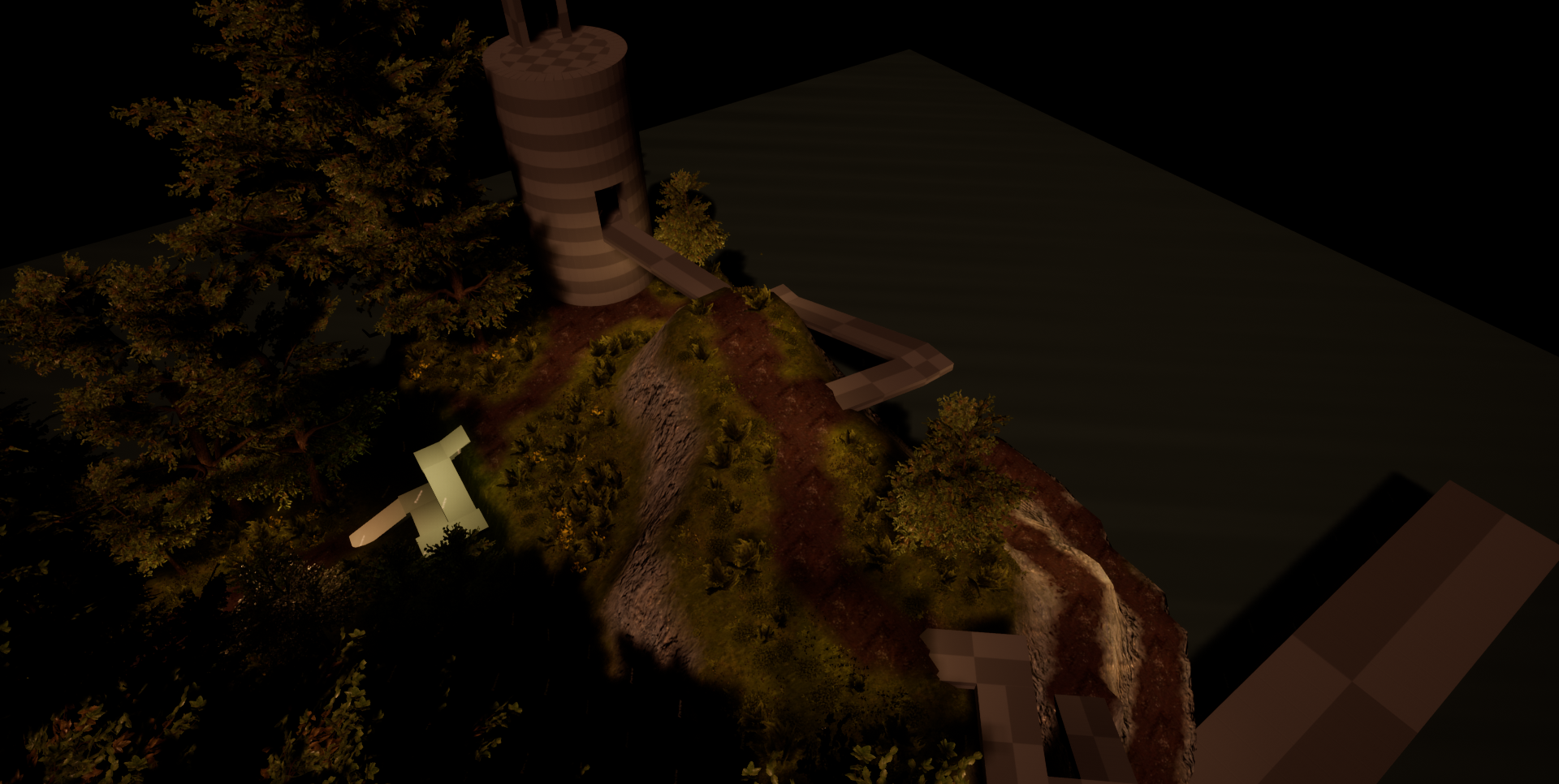