MIR is a fast-paced capture the flag level where taking the flag is easy but your escape is not guaranteed. Fight your foes in close quarters combat and in the more arena like middle room with the deadly fan blades just waiting for you underneath. Go out into space and fight on narrow catwalks where one wrong jump can lead to an embarrassing death. Flank the enemy, find alternative routes and enjoy the ride on MIR, but be careful to not fall of the station or you will die a cold and lonely death.

In this project I had to build a block out level for Unreal Tournament in a time period of three weeks. The restriction we had was that the level had to be made for “capture the flag” and 3-5 players on each team. To me this project was very intriguing since I am a big fan of arena shooters, mainly Halo, but I had never made a multiplayer level prior to this. I went for a Halo inspired level with bits and pieces from some of my favorite maps, mainly “Midship”, featured in Halo 2. So in the center of the map you can clearly see the Halo-esque arena. But without further ado, let’s get to it. 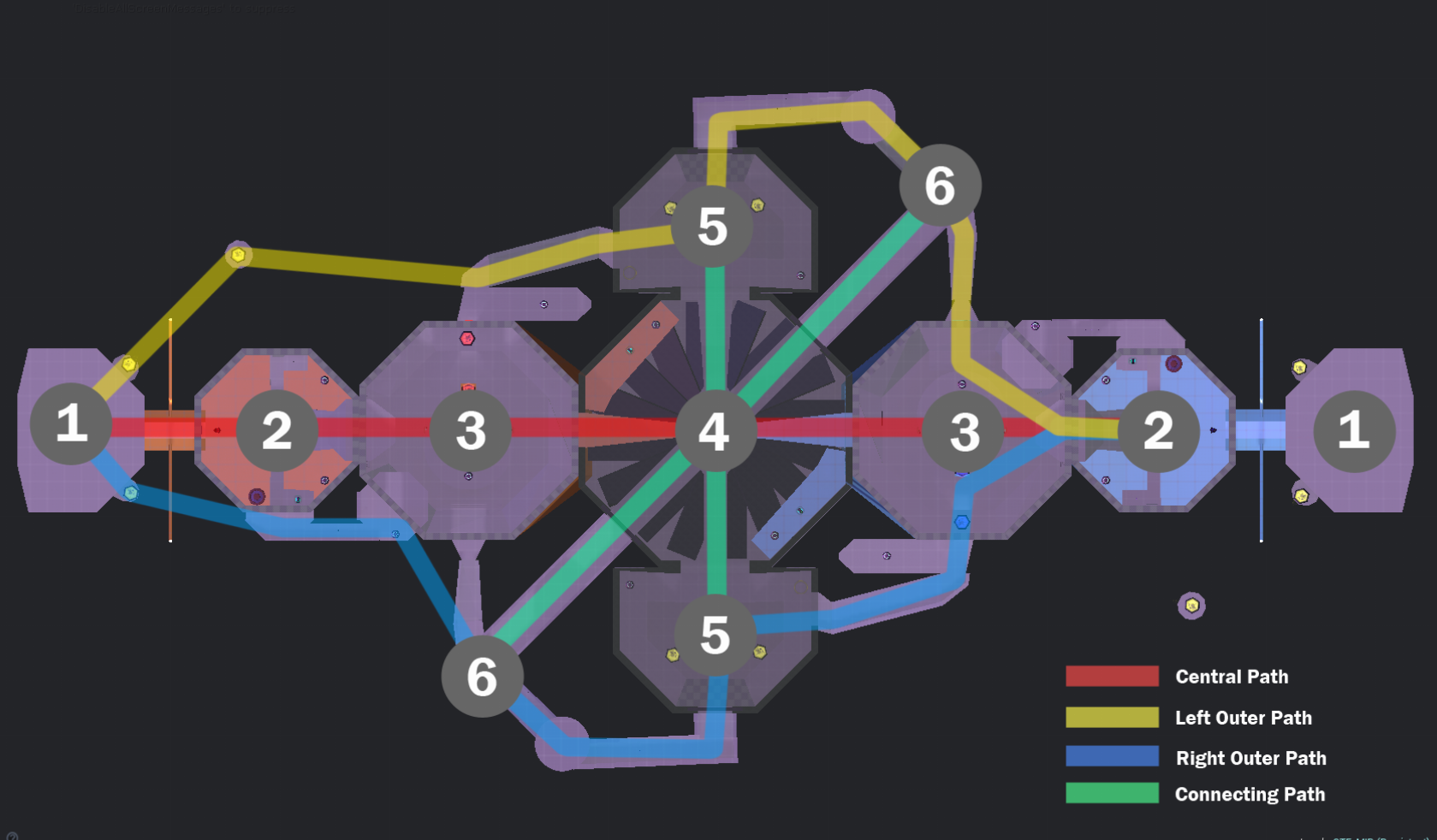 Let’s start from where the players starts, the spawn point. To prevent spawn kills I decided to separate the spawn rooms from everything else. Each team will spawn in these isolated rooms with three doors leading out and only the dedicated team can go through the door. All three doors lead to different parts of the level and are used to easily get to where the players need to go. The middle door leads to the flag room, the left one leads to the outer path and the right one leads to a balcony connected to the flag room, with fast access to the other sides outer path. 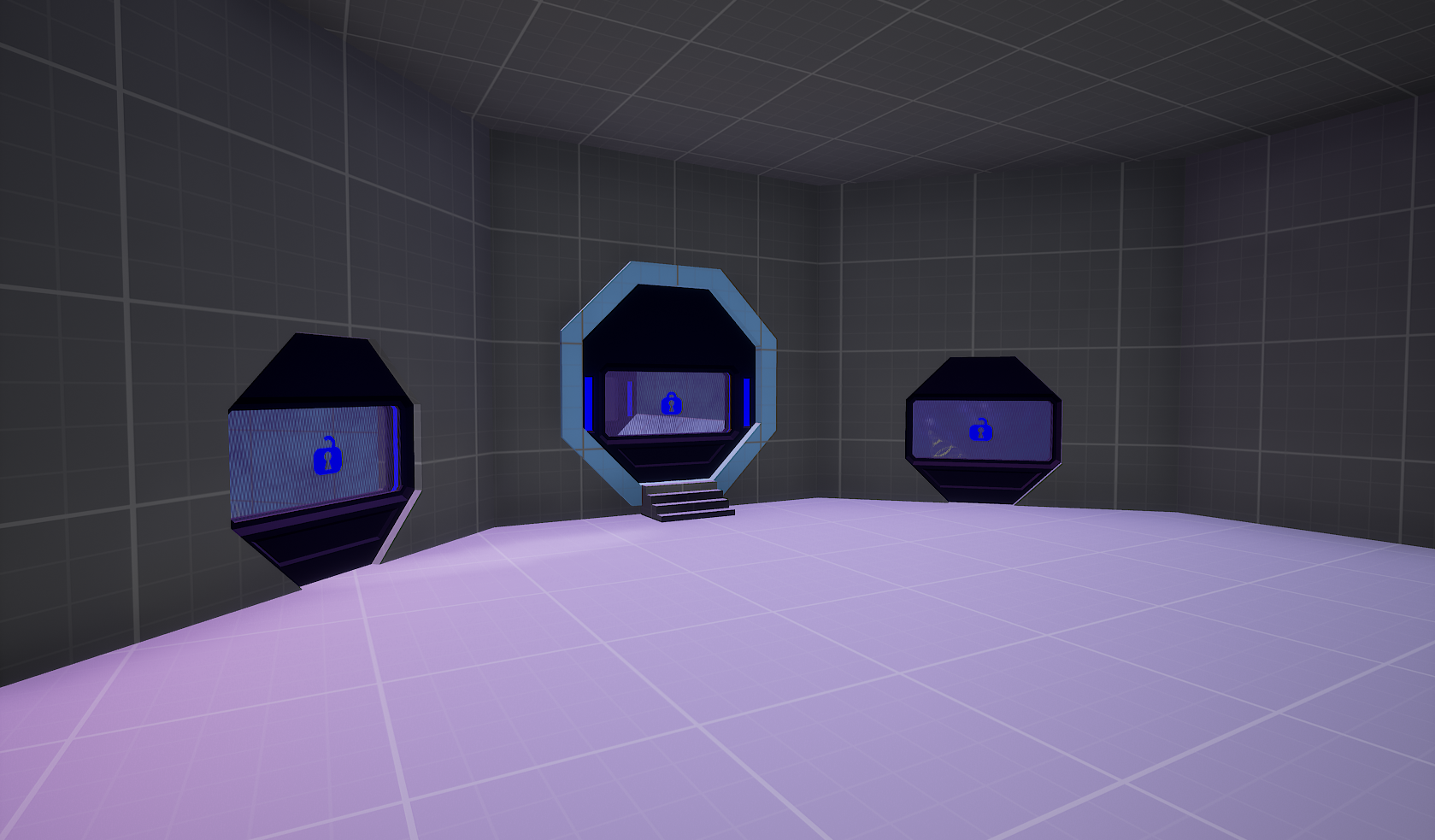 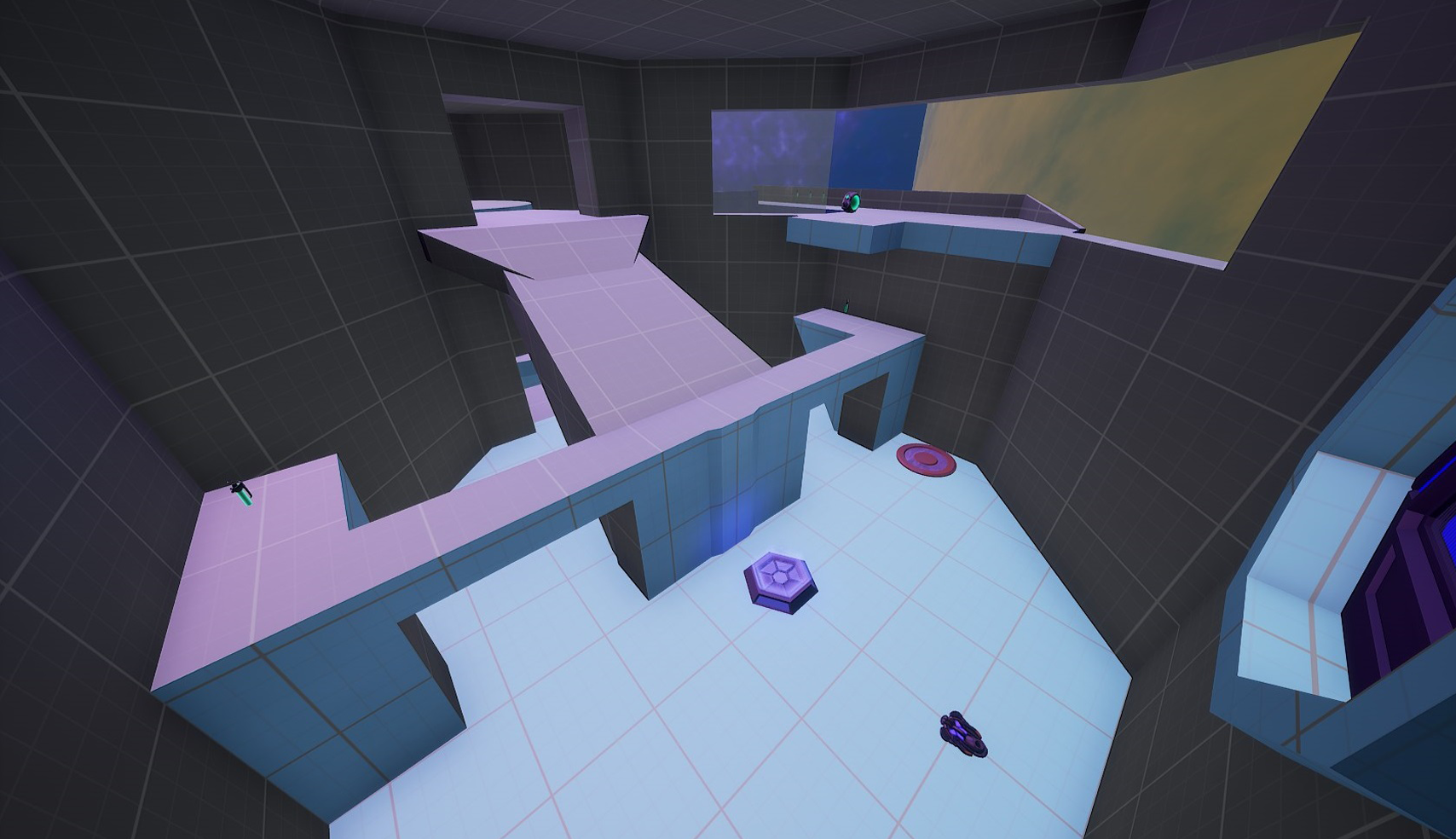 The door in the middle will take you directly to the flag room. You want to take this route if you need to defend the flag but already have a defense line. This path has no flanking opportunities and is straight to the point. This path can also be used to pursuit enemy flag carriers by jumping down and land on the jump pad, this will help you to swiftly continue forward. If we look at the room from another angle we can see that there is a big window in the flag room. This can be used by the attackers to attack from a higher position and shoot down on the defenders but at the cost of being very exposed. The defenders can use a small lift underneath the window to get up to the window and counter attack the enemy. The same lift can work against the defenders though. An enemy flag carrier can also use the lift for a swift escape. Of course, using the jump pad and taking the central path is also a valid escape route or why not just stay on the same level and walk out of the lower exit? 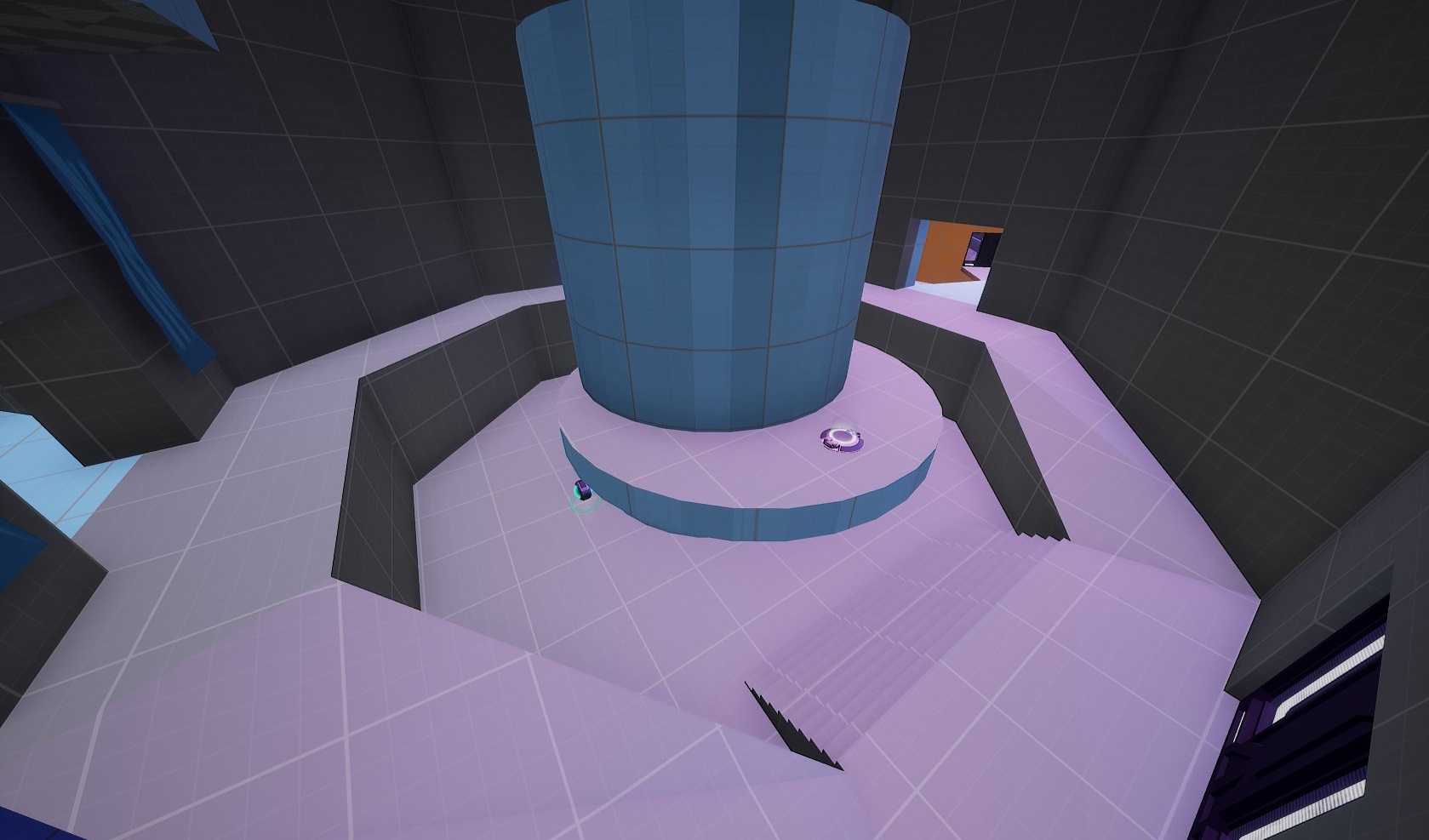 If we look at the room from an attacking perspective we have some new options. You can of course go straight forward and enter the flag room from the front, this is fast but dangerous since it’s a very direct route, a fact the defender know. If you are looking to flank the enemy you can go to the right. Here we find a jump pad which takes you on top of the pillar in the center of the room. From here you can make a jump to the balcony overlooking the flag base. 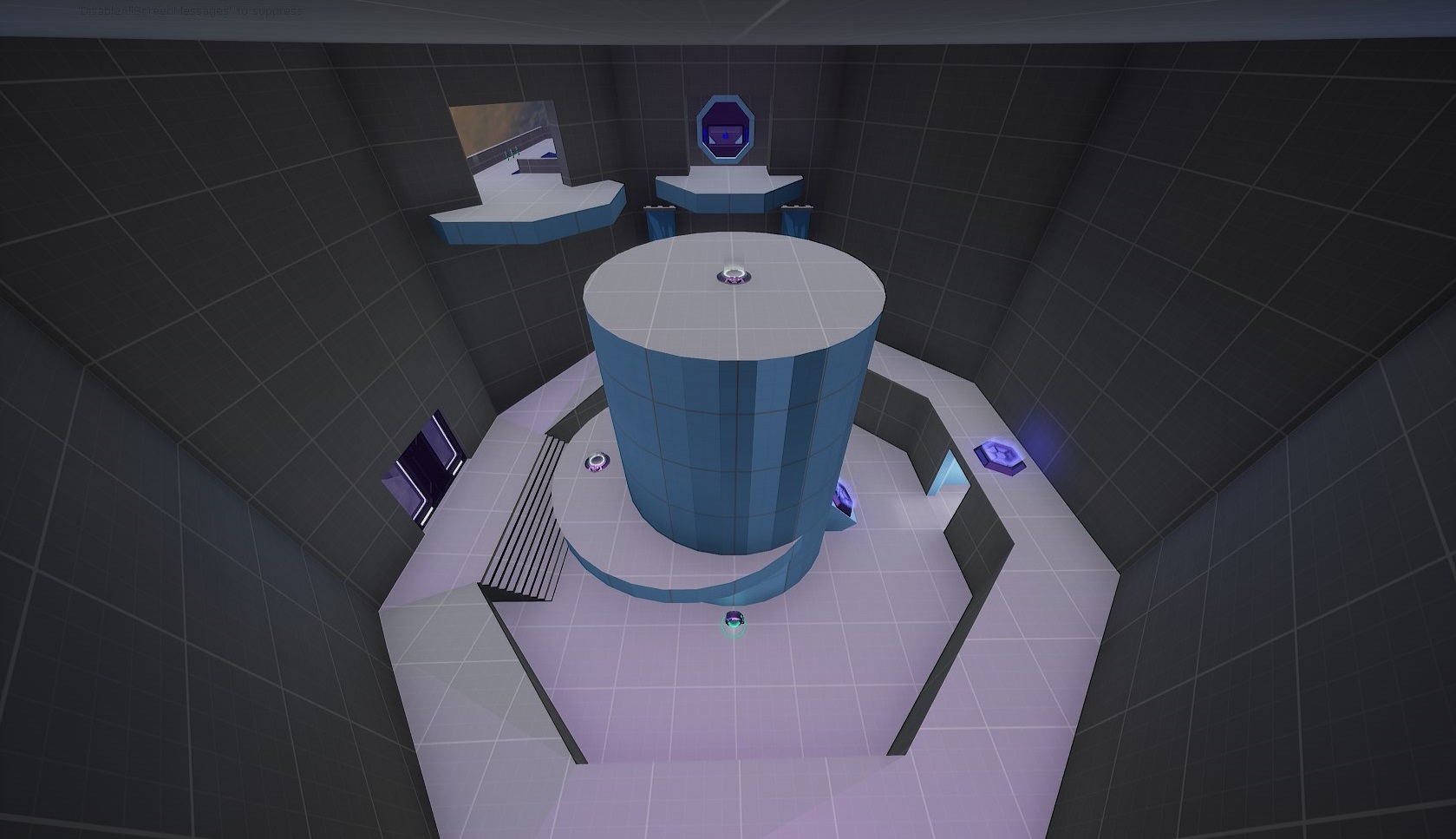 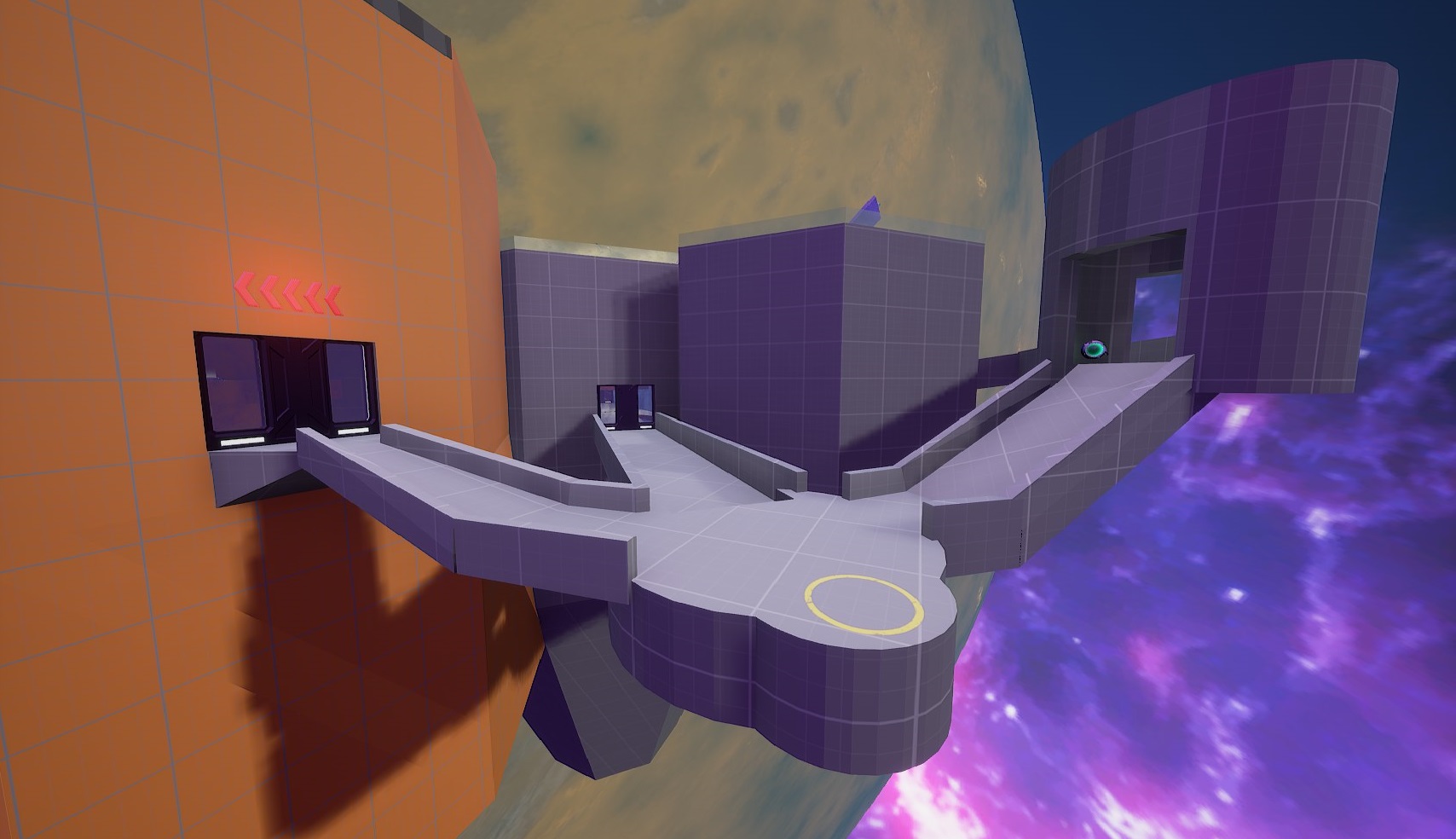 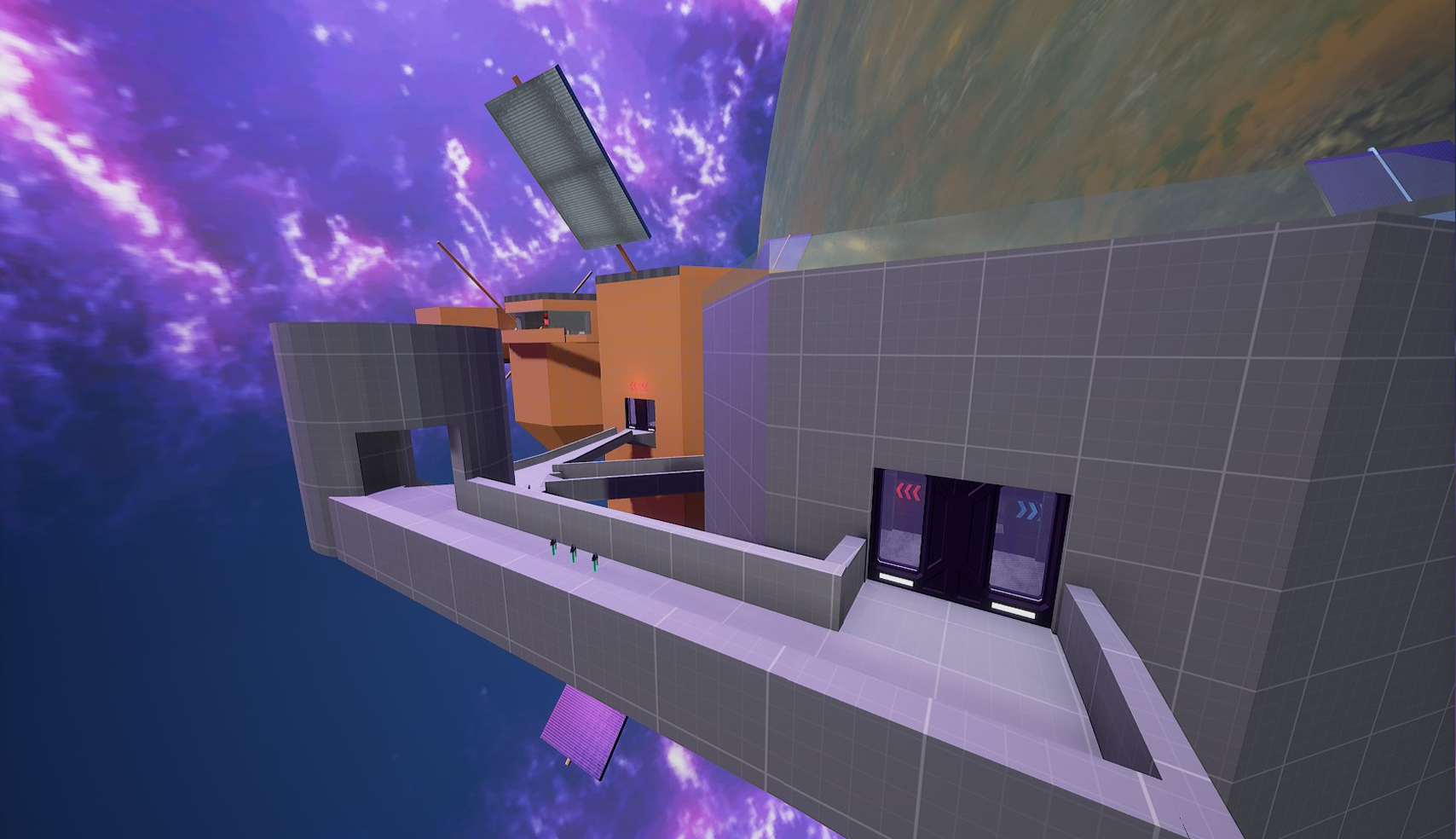 This part of the level is divided into three parts, the beginning, middle and end (from left to right). The first part can be reached by jumping down from the flag base balcony or by taking the door to the right in the middle room. Here we can take two routes, the one on the left takes us to the central room where we then can continue to either the enemy flag or to the opposite outside path. This path can be good when trying to confuse the enemy when escaping by making them believe you are taking the outer path. If we continue forward instead of going left we go straight to the middle part of this path. This route makes for some interesting combat encounters because of the narrow and tight cat walks. 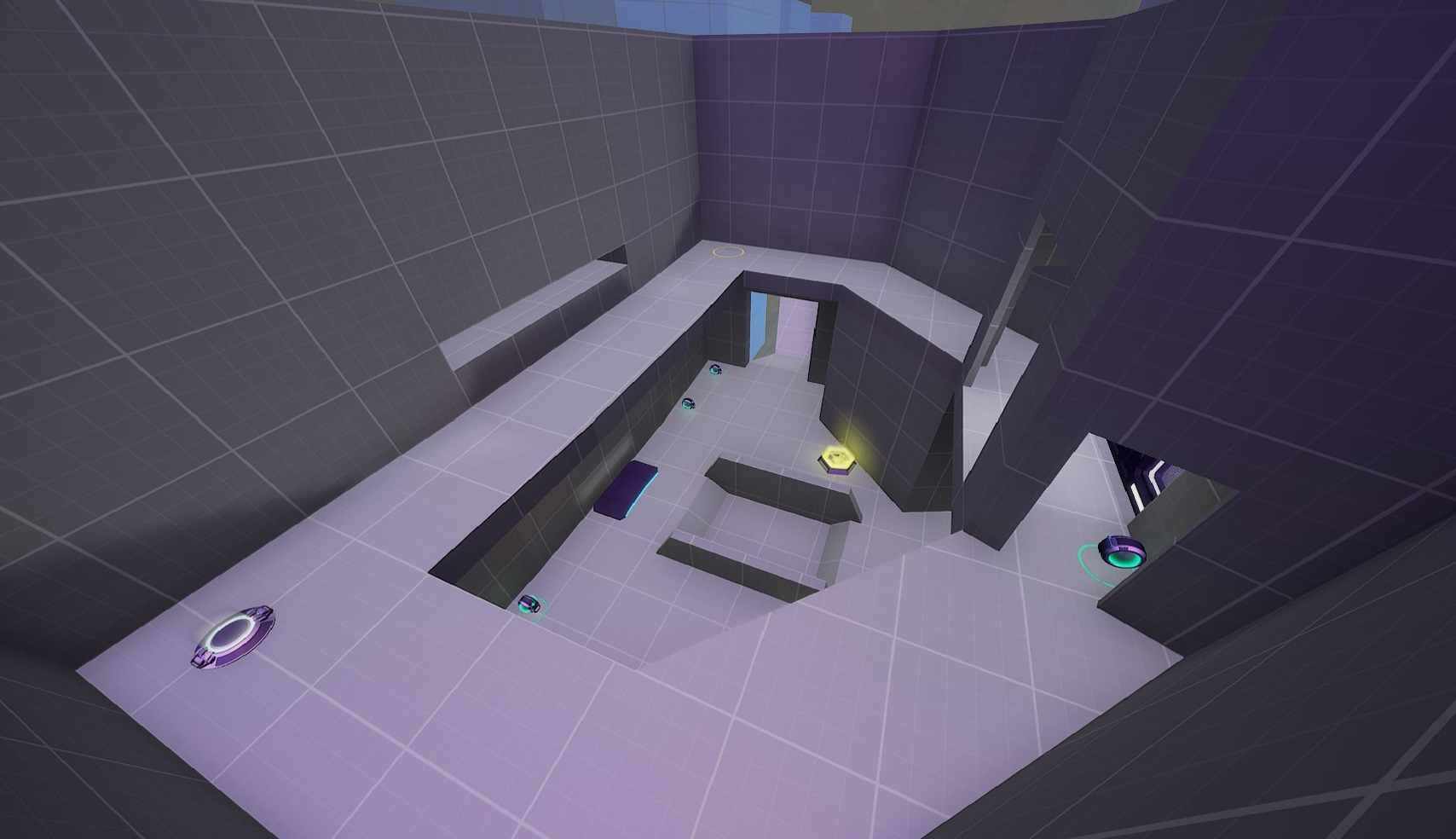 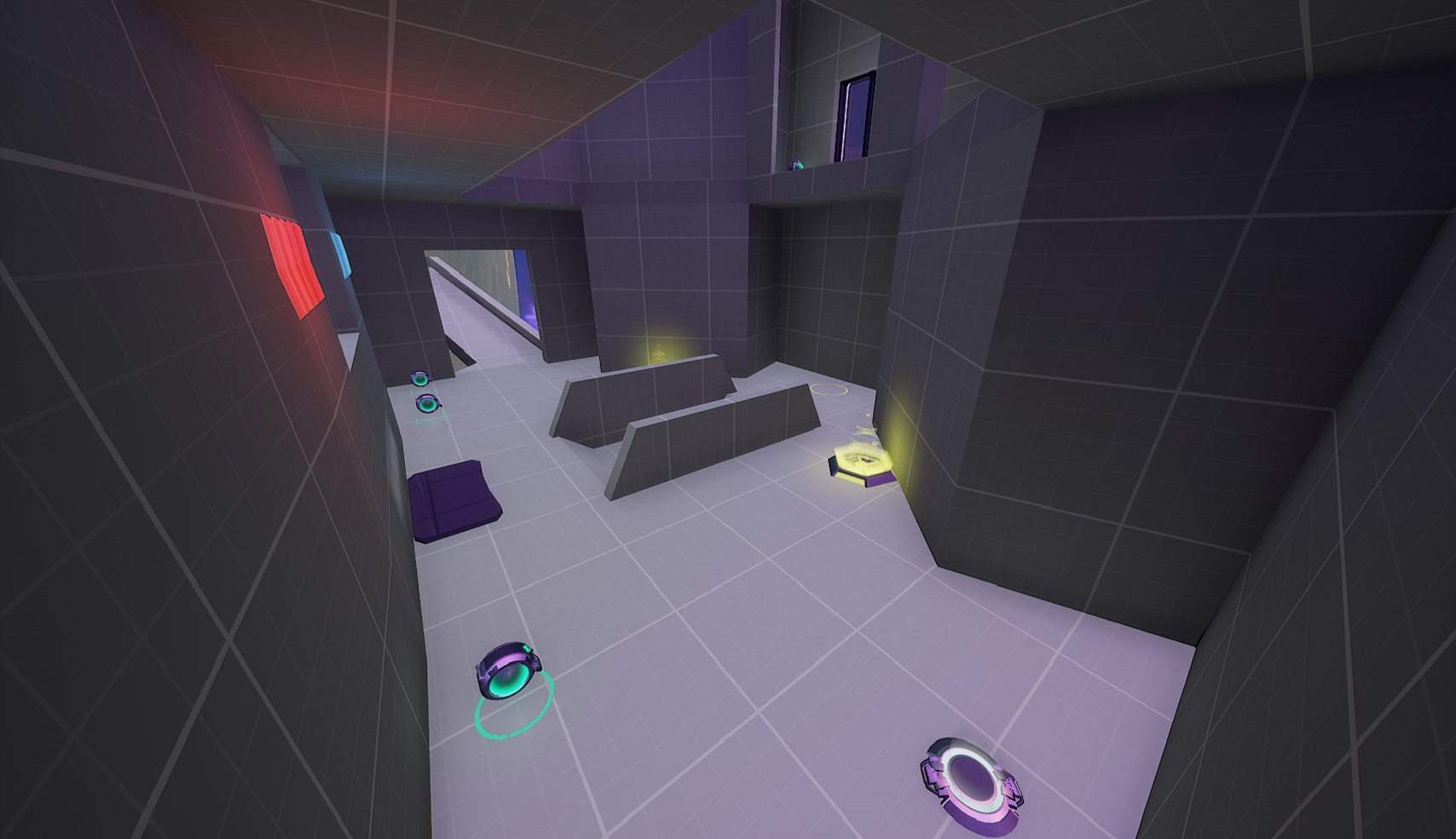 By taking the outer path you will get to this room which functions as a cross road. This room is like a mini arena because of the traffic that goes through here, the outer path goes through this room as well as a path connected to the central room. Since this is a major point where the teams can meet and fight for the flag I made it big with two levels and a lot of space to move around. But if you would happen to be alone there is a window to the central room where you can scout the enemy. 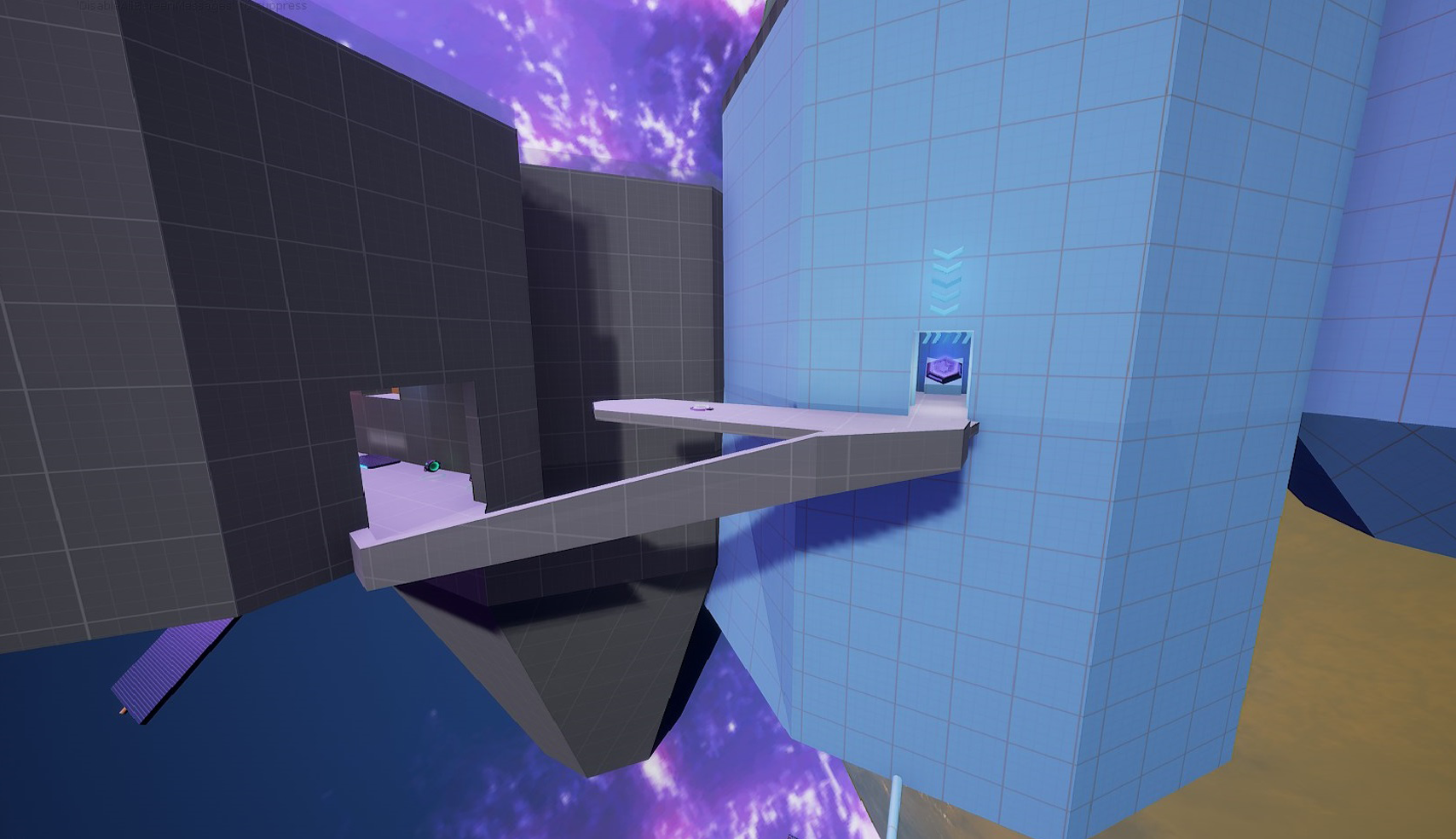 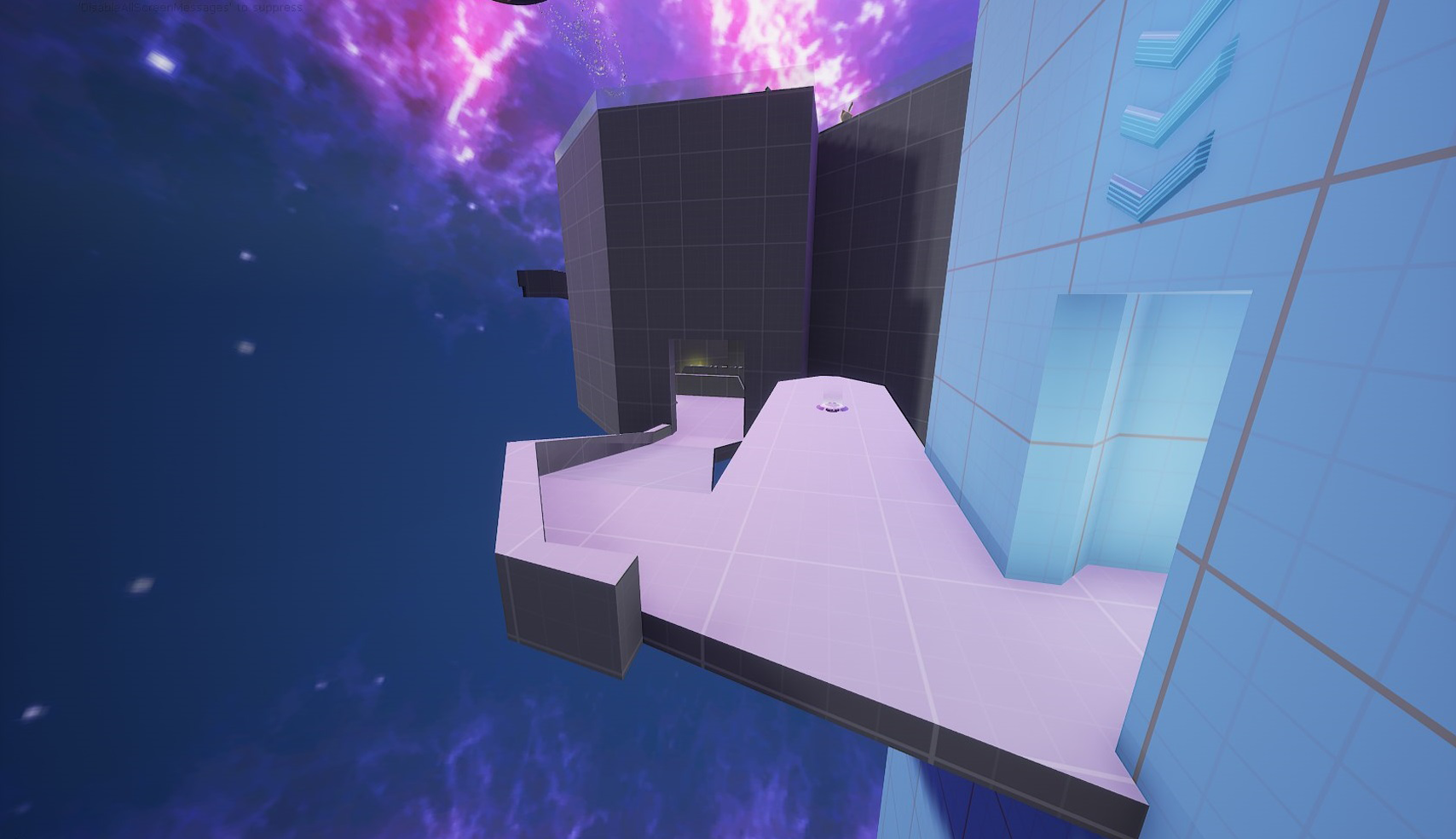 When you have gone through the “mini arena” there is just a small catwalk left taking you to the middle room. I call this part “the end” but it can ofcourse also be the beginning of the outer path. If you take the small door to the left in the middle room this is the exit point.

Finally we have the central room or “the arena”. This is where we can see the big Halo inspiration. The two catwalks connected to the elevated platform in the center of the room is a classic from the level “Midship” featured in Halo 2 and other Halo games after that. This is the fastest route to take if you want to get from one flag room to the other. You just have to go on one straight path to get there, at the cost of being very exposed, but since this is the arena I wanted it to be open with no obstacles. The players can jump around, fire rocket launchers, escape, attack, all of this leads to a very chaotic type fun. But since there is a lot of strategy to be had in this room by taking other routes, flanking and all that it’s a chaos which is fun and doesn’t get boring after a while. Then we have something which adds to the excitement in this room. On the floor there is a giant fan which will kill the player on impact. This makes the chaos more controlled since the players actually have to look where they land, so the focu is not only at shooting. 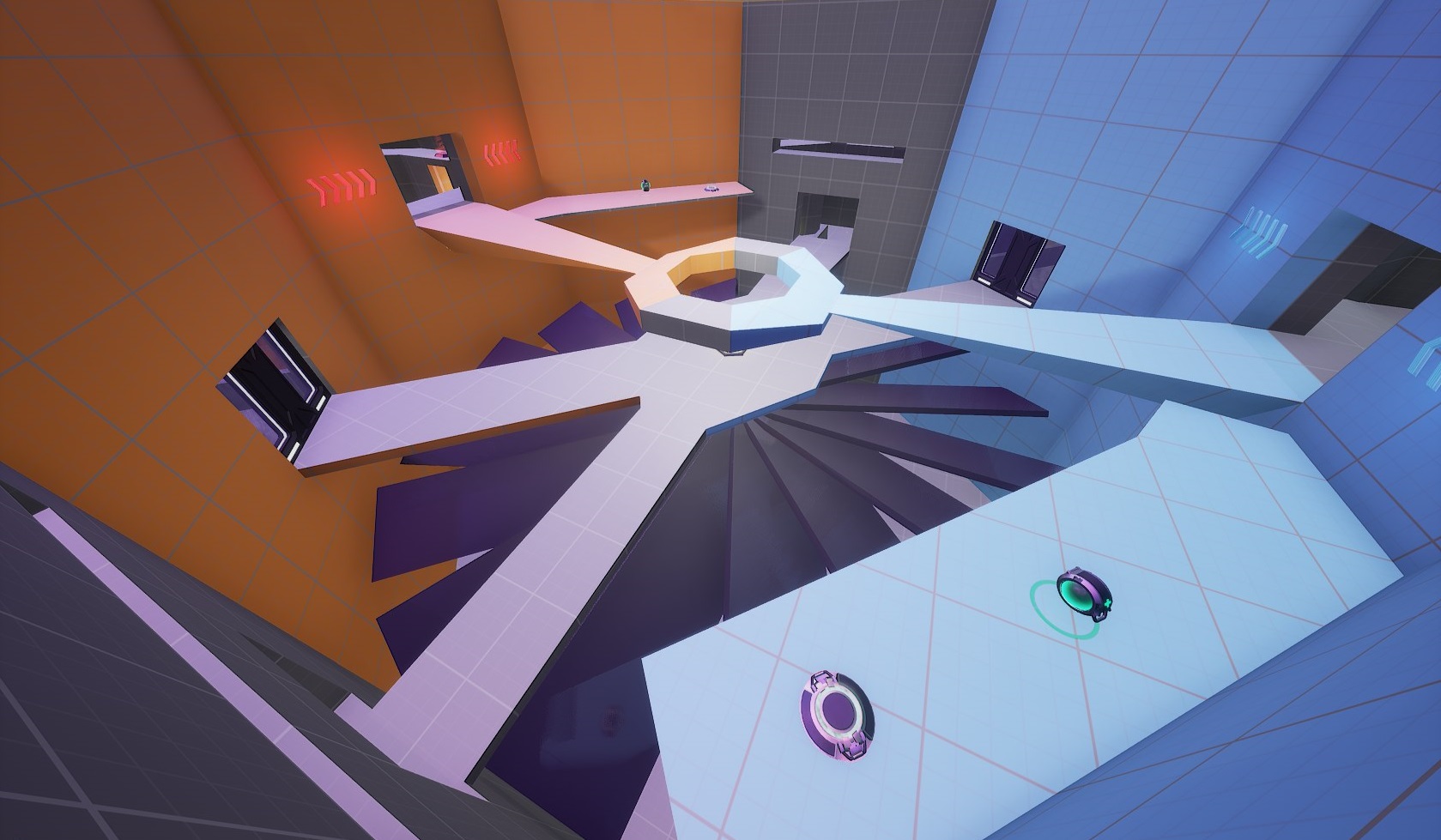